Ended: 1991, when it merged with the Western Institute to form Victoria University of Technology

The Footscray Institute of Technology (FIT) was established in 1968, when the Footscray Technical College was renamed following a major review of technical education in Victoria.

The Victorian Institute of Colleges granted tertiary non-university Institutes much more autonomy than previously. For the first time institutes could appoint staff, undertake building works, and make changes to courses, without seeking Education Department approval. However, at Footscray Institute of Technology, only the diploma-granting section fell under the auspices of the Victoria Institute of Colleges, with the trade and secondary school sections still reporting to the Education Department. The diploma and secondary schools were located at the Ballarat Road site, with the trades section at Nicholson Street.

Following Charles Howard Beanland's retirement in 1967, a series of Acting Principals headed FIT until the appointment of Doug Mills as Principal in 1970 (this was later renamed to Director).

FIT began offering degree courses in 1972, commencing with the Bachelor of Engineering (Electrical). Initially, degrees were awarded by the Victoria Institute of Colleges. This was the case until 1981, when FIT was accredited to confer degrees in its own right. 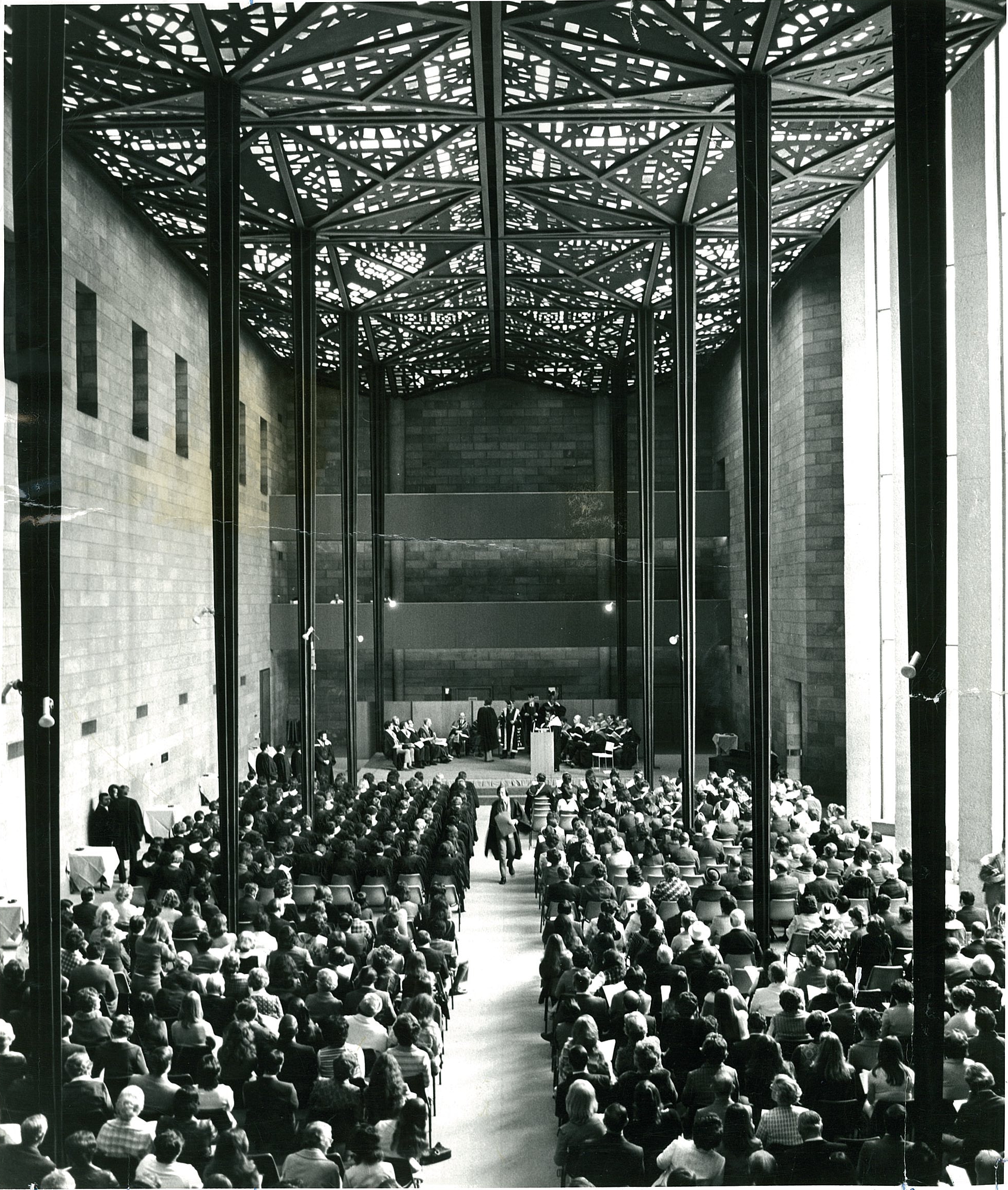 Photograph of one of the first graduation ceremonies held by FIT in its own right, mid-1980s,
Great Hall of the National Gallery of Victoria

In 1972, the secondary school division separated from FIT to become the Footscray Secondary Technical School. However, the Secondary School remained on site until 1980, when the buildings on the new school site were completed.

In 1986, Doug Mills died, and the position of Director was assumed by Irwin Herrman, who had been Assistant Director under Mills.

FIT was formally wound up at the end of 1991, as the new Victoria University of Technology was officially operational as of January 1992.

The Archives holds the following records relating to Footscray Institute of Technology: