VU Special Collections - How to access and use: Zelman Cowen 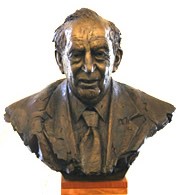 The Sir Zelman Cowen Collection was donated in March 2012 by Lady Anna Cowen.

Who was Sir Zelmen Cowen?

Sir Zelman Cowen, AK GCMG GCVO QC, was one of Australia's most distinguished jurists. He was born in St Kilda in 1919, and studied law at Oxford University.

From 1951, he was Professor of Public Law and Dean of the Faculty of Law at Melbourne University. He was knighted in 1976 and appointed as the 19th Governor-General of Australia from December 1977 to July 1982.

Sir Zelman became Provost of Oriel College Oxford in 1982 and Pro-Vice-Chancellor of Oxford in 1988. He also served as Chairman of the UK Press Council between 1983 and 1988.

Sir Zelman passed away on 8 December 2011. Sir Zelman Cowen's portrait is on display at the National Portrait Gallery, Canberra.