VU Special Collections - How to access and use: Radical 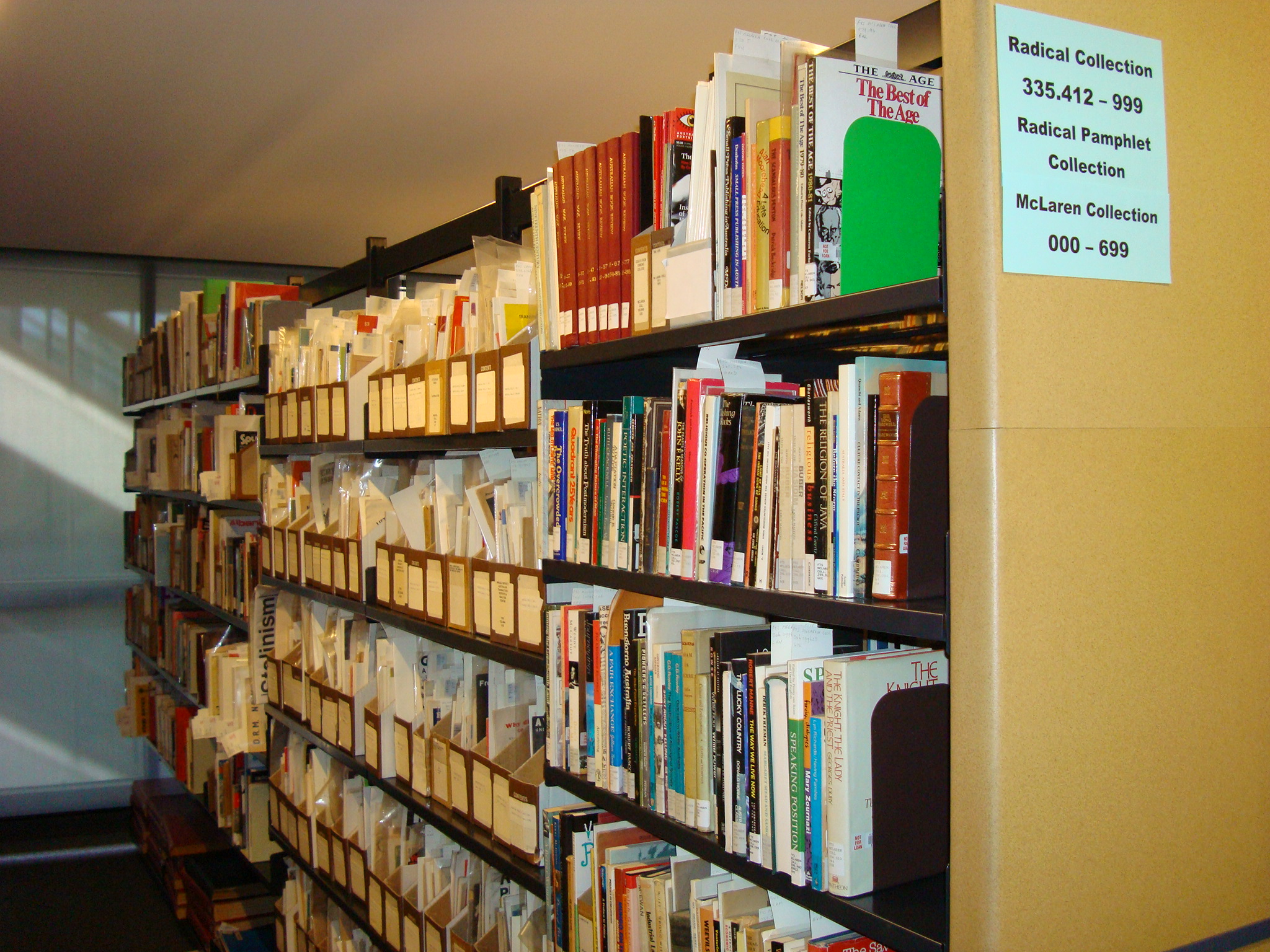 History of the Radical collection

The Radical Literature Collection is a research collection established in 1994 with the purchase of material from Mr. Hugh Anderson. Mr. Anderson, over a lifetime, collected material related to radical groups in Australia. An extensive collection of pamphlets including many from overseas, as well as books and journals are included in the collection. Over the years the collection has been extended by donation.

About the Radical Collection

The Radical Collection has historical and social relevance and is a useful research collection to those studying social issues related to radical groups in Australia. The majority of the material relates to the Communist Party of Australia (CPA). It includes items either written or published on behalf of the CPA or about it by supporters and opponents. Publications from other bodies such as the Australia Council for Civil Liberties and the 'Coalition Against Poverty and Unemployment' (CAPU), are also represented.

The pamphlets in the collection come from a variety of sources with the earliest dating back to 1898. The majority fall between 1930 and 1970. Most provide interesting histories of groups or summaries of issues of public concern, others are pure propaganda. Many have interesting covers such as cartoons of politicians, or stirring scenes of united workers.

As well as the pamphlets there are many books and journal titles mainly representing communist, Marxist or Trotskyist views. There is also a small vertical file of folders containing one-off journal issues, newspaper clippings on subjects such as the Petrov affair, the basic wage and cost of living during the war years, atomic testing, and also minutes of meetings and speeches, course notes for the Communist Party study groups and some of the more fragile bulletins and journals.

The Radical Collection has been extended by the donation of items on the CPA, Socialist and other left-wing groups, including in 1998 a large donation of student and radical newspapers from Mr. Ken Mansell. More recently the pamphlet collection has greatly been enhanced through a donation of rare material from Emeritus Professor Phillip Deery.