VU Special Collections - How to access and use: Ruth & Maurie Crow 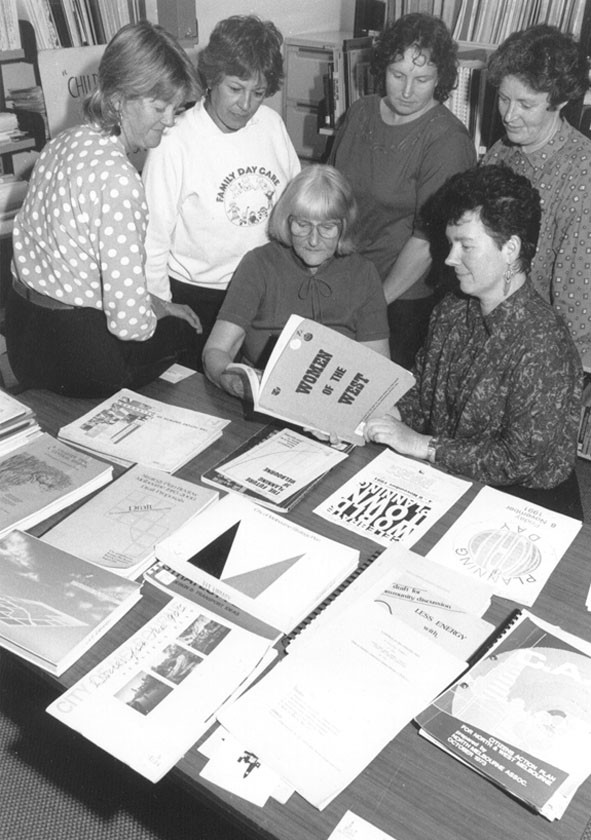 During fifty years of political and social activism in Melbourne, Ruth Crow A.M. (1916 - 1999) and Maurie Crow (1915 - 1988) resourced several generations of urban campaigners, particularly during their residence in North Melbourne.

Their collection of printed material and working papers constitutes an important basis for understanding the wide variety of causes with which they were associated - from Ruth's work with women and children in Brunswick during WWII, and Maurie's in the Clerk's Union, to the pioneering work they did from the 1960's onwards in relation to public participation in urban planning, building neighbourhood communities and creating a sustainable future.

Also held are Ruth Crow's papers and biographical material. Many of the publications of Ruth and Maurie Crow were digitised in the 2011 ASHER funded Crow Papers Digitisation Project.

Who are Ruth & Maurie Crow?

The Crow's collection of journals, books, reports, pamphlets and working papers forms an important basis for understanding the wide variety of causes with which they were associated - from Ruth Crow's work with women and children in Brunswick during WWII, and Maurie's in the Clerk's Union, to the pioneering work they did from the 1960's onwards in relation to public participation in urban planning, building neighbourhood communities and creating a sustainable future. Hugely influential was their groundbreaking publication: A Plan for Melbourne: Part I (1969), Part II (1970), and Part III (1972).

In recognition of the Crow's lifetime of achievement the City of Melbourne unveiled a memorial plaque in the Australian Native Gardens, Royal Park on 16th September, 2000. The plaque's inscription reads:

"Commemorating the lives and work of Ruth and Maurie Crow. Activists in social and environmental planning. They inspired, guided and encouraged our communities in seeking to make a better world."

Ruth and Maurie Crow received the 1972 Robyn Boyd Environmental Award of Merit from the Royal Australian Institute of Architects for the Crows "Consistently valuable and perceptive contributions to the literature of planning issues in Melbourne" and the following year they received the Royal Australian Planning Institute's Barrett Medal. In 1993 Ruth was made a member of the Order of Australia for "Services to the Community" and was inducted as a Life Member of the Town and Country Planning Association, and Community Child Care. In 2008 she was posthumously honoured with inclusion in the Victorian Honour Roll of Women.

In February 1991 the Crow Collection Association was founded "to enhance the comprehensiveness and accessibility of the Crow Collection and encourage the involvement of organisations and individuals in practical tasks associated with such popularisation". From that time on the Association initiated many community-based projects.

The Association published one of Australia's earliest environmental issues journals, the Ecoso Exchange Newsletter. The 2011 Crow Papers Digitisation Project also made available many of the issues of the Ecoso Exchange (1973 - 1999) and its predecessor, Irregular (1967 - 1972).

In 1996 the Crow Collection Association was involved in the Ideas Exchange Project which took up the theme of the 1995 Senate Inquiry, What Sort of Society Do You Want Australia To Be?. The project was launched at a public forum in March which was addressed by Professor Alastair Davidson. Through the year many schools and community groups provided input to the project which culminated in August with the Ideas Exchange Day seminar which drew about 150 participants from all over Victoria.

To commemorate Ruth Crow's death in April 1999 the Crow Collection Association held a memorial celebration of Ruth's life at the North Melbourne Town Hall on 21 May 1999. This event was attended by over 500 people. The tribute booklet produced for the memorial is held in the Crow Collection and is available online.

At the last meeting of the Crow Collection Association on 25 February 2003 the members in attendance voted in favour of winding up the Association and handing over its remaining assets to Victoria University Library. The Library was entrusted to use these funds to promote research in the subject areas that were of interest to Ruth and Maurie Crow. An event was held in the Library on 11 April 2003 to mark the hand over of the funds.

Funds from the Crow Collection Association trust were used to compile an archive of Ruth Crow's papers in 2004, preserving them and assisting researchers.

Ruth Crow (b. 1916) and Maurie Crow (b.1915) were involved in movements on urban issues from the mid 1930s. Their commitment to social justice and collectivism was founded in their membership of the Communist Party as young people, and their ongoing involvement in trade unions and activist organisations throughout their lives. Over the years they built up an extensive collection of documents. Maurie Crow died on 4 April, 1988 and in 1990 the Victoria University of Technology (Footscray Campus) invited Ruth to donate the Crow Collection to the University Library. The collection of printed material and working papers is an important basis for understanding the variety of causes the Crows were associated with. The Crow Collection Association was formed in 1991 to promote the use of the collection and to continue Ruth Crow’s concept of “The Living Library”. As a Fellow in the Faculty of Arts, Ruth believed that universities should have a stronger link to the broader community and saw in the Crow Collection Association a means of reaching this goal. Ruth Crow was made a Member of the Order of Australia in 1993.

Ruth Crow’s original order has been retained, but some artificial series have been created where the order was not discernible. Series numbers have been imposed.