EasyRef - AGLC4 on your Mobile 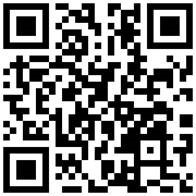 Scan the QR code to have VU EasyRef on your mobile

Referencing is necessary to avoid plagiarism, to verity quotes and to enable readers to identify and consult any item to follow-up a cited author's arguments.

The Australian Guide to Legal Citation (AGLC) is recommended by Victoria University School of Law for preparing student assignments and research papers.

For more information check the following:

Charter of the United Nations.

Convention against Torture and Other Cruel, Inhuman or Degrading Treatment or Punishment, opened for signature 10 December 1984, 1465 UNTS 85 (entered into force 26 June 1987).

Convention for the Protection of Human Rights and Fundamental Freedoms, opened for signature 4 November 1950, 213 UNTS 221 (entered into force 3 September 1953).

Convention of the Elimination of All Forms of Discrimination against Women, opened for signature 18 December 1979, 1249 UNTS 13 (entered into force 3 September 1981).

International Convention on the Elimination of All Forms of Racial Discrimination, opened for signature 21 December 1965, 660 UNTS 195 (entered into force 4 January 1969).

United Nations Convention on Contracts for the International Sale of Goods, opened for signature 11 April 1980, 1489 UNTS 58 (entered into force I January 1988).

Where a pinpoint reference is included it should follow immediately after the date.

Somestimes the session is not shown on the document.  RefWorld is a handy site to look up session numbers for UN documents - search by UN Doc number / symbol

To type the § symbol, if your keyboard has a number keypad just hold the ALT key and type 21.

For a list of the relevant Pintpoint abbreviations see rule 25.2.4

The Bill of Rights consists of the first 10 amendments to the United States Constitution.  Therefore, reference it as you would the constitution.

EndNote is a bibliographic management software application that allows you to create a personalised database of references. References can be entered manually, or imported from sources such as the Library journals and databases, or Google Scholar. It is of most use for large pieces of work such as essays longer than 5,000 words.

View the sample file to see what AGLC looks like on the page.

Alternatively, view the Victoria University Law Journal to see articles that use AGLC.  Simply choose an article and then click View as PDF.

A guide to the fourth edition of the Australian Guide to Legal Citation.

The details required in order are: Author(s) Name (as it appears in the source). An author may also be editor(s), compiler(s) or an institution; Title of publication (and Subtitle if any) in italics; Publisher (brief version of name), Edition (if other than the first), Publication Year (in round brackets); Pinpoint (usually to page number(s) if applicable).

The details required in order are: Author of the article (as shown in source); Article Title (in single quotation marks); Publication Year (in round brackets); Volume number; Issue number (in round brackets); Journal Title (in italics and capitalised, omitting words such as ‘The’ and ‘An’ from the beginning); Starting Page number, Pinpoint reference to a specific page(s) (if applicable).

Tip: If a journal is organised by year (it does not have a volume number, but may have a numbered issue) the publication date should be shown in square brackets. For example -

Articles appearing in journals that are only available online (no print version published), should where possible, be cited in the same manner as articles in printed journals. However, it will often not be possible to include a volume number, issue number or starting page. Where an article has an article number or some other identifier, this would be used instead of a starting page number. If an article appears as a PDF (portable document format) or equivalent, include the page range of the PDF version, after the article identifier.

The details required in order are: Author of the article (if available and as it appears in the source); Article Title (in single quotation marks); Name of Newspaper (in italics); Place of Publication, Full Date (in round brackets); Pinpoint Reference to a specific page(s) if applicable.

The details required in order are: Author of the article (if available); Article Title (in single quotation marks); Name of the Newspaper in italics; the word online, Full Date (in round brackets); the URL. A pinpoint reference would only be included where the article has pages or paragraphs.

The details required in order are: Author (if indicated on the webpage being cited); Document Title (in single quotation marks); Web Page Title (in italics); Document Type, Full Date (in round brackets); URL (enclosed in < >). A source should be cited as internet material if it does not exist in a published form and/or there is no other AGLC rule that would apply.

The details required in order are: Case Name (in italics); Year (in round brackets); Volume Number; Law Report Series (abbreviation); Starting Page Number; Pinpoint page number where appropriate (used when referring to a specific point in the judgment); Name of Judge/s (only used where appropriate).

UNREPORTED (WITHOUT A MEDIUM NEUTRAL CITATION)

The details required in order are: Case Name (in italics); Court; Judge; Full Date; Pinpoint reference to page where appropriate.

Tip: A case should generally not be cited as unreported if it has been reported

Macpherson v Kevin J Prunty & Associates [1983] 1 VR 573
For square bracket [ ] citations, the year is essential as the report series either does not have a volume number or, as in this instance, begins with volume 1 each year.

McCracken v Melbourne Storm Rugby League Football Club [2005] NSWSC 107
This citation is a medium neutral citation.  This method of citation was developed to accommodate referencing unreported judgments. In the example above, 2005 is the year that the case was decided, NSWSC stands for the New South Wales Supreme Court; 107 is the number of the case assigned by the Court.

The details required in order are: Short Title Year (in italics); Jurisdiction abbreviation (in round brackets);  Pinpoint to section(s), regulation(s), rule(s) etc (an abbreviation and number(s)) if applicable.

The details required in order are: Author; Title (in single quotation marks); Document Type/Series Document Number, Institution/Forum, Full Date (in parentheses);  Pinpoint if applicable. A URL may be included after the first reference to a source if it would aid in its retrieval.

The details required in order are: - Publisher, Title of Encyclopedia (in italics); online and date of retrieval (in parentheses); Title Number, Name of Title, Chapter Number Name of Chapter (in single quotation marks); Pinpoint (to paragraph number in square brackets) .

The details required in order are: Publisher; Title (in italics); online at Date of Retrieval (in parentheses); Pinpoint (to paragraph in square brackets].

Tip: Where an author of a loose leaf service is clearly identified, include the authors name before the publisher (separated by a comma).

When citing a source that has previously been cited (other than the immediately preceding footnote) a shortened form of the citation may be provided with a cross-reference (in parentheses) to the footnote number in which the citation was shown in full.

Ibid should be used to refer to the source in the immediately preceding footnote, including pinpoints

A bibliography lists all the sources that you have relied upon in preparing your assignment. It would include those sources referred to in your text and footnotes plus any others.

A bibliography is generally divided into the sections shown below. If not all are required, a section may be omitted with appropriate renumbering.

French, Robert, ‘The Role of the High Court in the Recognition of Native Title’ (2002) 30(2) University of Western Australia Law Review 129

Graw, Stephen, An Introduction to the Law of Contract (Thomson Reuters, 9th ed, 2017)

Convention on the International Recovery of Child Support and Other Forms of Family Maintenance, opened for signature 23 November 2007, 47 ILM 257 (not yet in force)

Sources Referring to Other Sources

The original of all sources used should be consulted and cited. However, it may be important to indicate where one source has referred to another. Phrases such as 'quoting' or 'quoted in', 'cited' or 'cited in' may be used. See examples below - other phrases could be used depending on the context.